Messenger Plus! Live 4.20 has been released

It’s already been 3 months since the last update and still, I feel like I didn’t have enough time to create the new version I desired. Well, new versions got to be released one day or another and it’s a well known facts that developers tend to keep pushing deadlines forever. So, here it is ladies and gentleman, boys and girls, moogles and bangaas: Messenger Plus! Live 4.20 :).

Among the updates, you’ll find complete and proper support for Windows Vista, a new enhanced text copy feature, several fixes, improved compatibility with some systems and new additions to the scripting API (check out the updated documentation for that one). Also, as it was announced previously, this new version includes all 9 winning scripts of last year’s contest, for a limited time only, updated for your pleasure.

Installation of each of the scripts is presented as an option during setup. If you do give them a try, I’d like to point out that a few antivirus programs out there (like McAfee) tend to consider almost any script activity as “suspicious” and don’t worry, there is absolutely nothing wrong with any of the scripts you’ll find on this site. This behaviour rather ridiculous as these faulty products will warn you about an unknown script creating a text file while they’ll ignore an unknown program deleting your system files. To solve this problem, you can either put the Messenger executable in your exclusion list, disable the “script scanning” option of your antivirus or, and that’s what I would recommend, get a better antivirus program, one that’s not trying to impress you by detecting anything and just does its job like it’s supposed to do.

I hope you’ll have a great experience with all the new features provided by these scripts! Remember that each of them can be enabled/disabled/removed in the Preferences panel of Messenger Plus!, allowing you to precisely customize the way you want your Messenger to behave. Many developers worked a long time to bring these new features to you and they all deserve many thanks (feel free to use the forums for that). Also, if you like the idea of adding even more options to your Messenger, remember to check the online database where 250 more script packages are waiting for you! They’re all free, all clean, all good :). 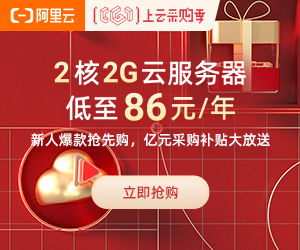