I'm Tom (aka Spinner), a Stage6 user and an employee of DivX, Inc., the company behind the service. I'm writing this message today to inform you that we plan to shut down Stage6 on February 28, 2008. Upload functionality has already been turned off, and you'll be able to view and download videos until Thursday.

I know this news will come as a shock and disappointment to many Stage6 users, and I'd like to take a few moments to explain the reasons behind our decision.

We created Stage6 with the mission of empowering content creators and viewers to discover a new kind of video experience. Stage6 began as an experiment, and we always knew there was a chance that it might not succeed.

In many ways, though, the service did succeed, beyond even our own initial expectations. Stage6 became very popular very quickly. We helped gain exposure for some talented filmmakers who brought great videos to the attention of an engaged community. We helped prove that it's possible to distribute true high definition video on the Internet. And we helped broaden the Internet video experience by offering content that is compatible with DVD players, mobile devices and other products beyond the PC.

So why are we shutting the service down? Well, the short answer is that the continued operation of Stage6 is a very expensive enterprise that requires an enormous amount of attention and resources that we are not in a position to continue to provide. There are a lot of other details involved, but at the end of the day it's really as simple as that.

Now, why didn't we think of that before we decided to create Stage6 in the first place, you may ask? That's a good question. When we first created Stage6, there was a clear need for a service that would offer a true high-quality video experience online because other video destinations on the Internet simply weren't providing that to users. A gap existed, and Stage6 arrived to fill it.

As Stage6 grew quickly and dramatically (accompanied by an explosion of other sites delivering high-quality video), it became clear that operating the service as a part of the larger DivX business no longer made sense. We couldn't continue to run Stage6 and focus on our broader strategy to make it possible for anyone to enjoy high-quality video on any device. So, in July of last year we announced that we were kicking off an effort to explore strategic alternatives for Stage6, which is a fancy way of saying we decided we would either have to sell it, spin it out into a private company or shut it down.

I won't (and can't, really) go into too much detail on those first two options other than to say that we tried really hard to find a way to keep Stage6 alive, either as its own private entity or by selling it to another company. Ultimately neither of those two scenarios was possible, and we made the hard decision to turn the lights off and cease operation of the service.

So that's where we are today. After February 28, Stage6 will cease to exist as an online destination. But the larger DivX universe will continue to thrive. Every day new DivX Certified devices arrive on the market making it easy to move video beyond the PC. Products powered by DivX Connected, our new initiative that lets users stream video, photos, music and Internet services from the PC to the TV, are hitting retail outlets. We remain committed to empowering content creators to deliver high-quality video to a wide audience, and we'll continue to offer services that will make it easy to find videos online in the DivX format.

It's been a wild ride, and none of it would have been possible without the support of our users. Thank you for making Stage6 everything that it was. 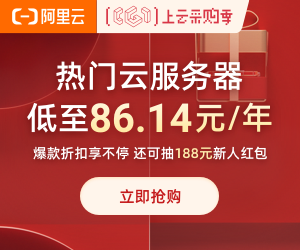